Visit Germany: unmissable country in Europe, here are the 13 essential things to do in Germany!

Located in central Europe between Denmark, Poland , the Czech Republic, Austria , Switzerland, France, Luxembourg, Belgium and the Netherlands , Germany is a federal republic of 83 million inhabitants spread over over an area of ​​357,340 km². The leading European power, the largest economy in the euro zone, and the fourth largest economy in the world, Germany has a historical and cultural heritage at the forefront in Europe, attracting more than 37 million visitors each year.

If you are coming to visit Germany, there are so many must-see things to do and see that you would have to host an entire blog on the subject to cover the topic: what to do in Germany? Between the cities and their nightlife – Berlin, Hamburg, Cologne, Munich -, natural parks – Bavaria, the Alps, the Rhine Valley, etc. -, castles and historical monuments, you will not run out of things to do! Here is our (far from exhaustive) selection of things to do to visit Germany! 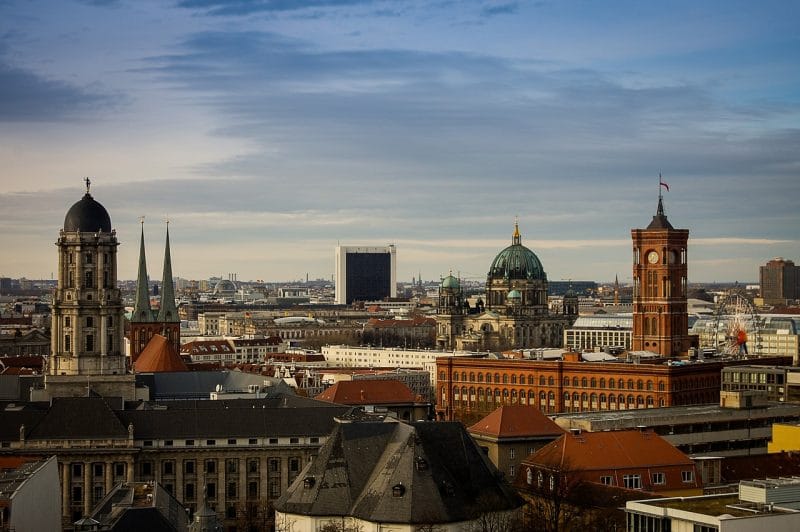 Starting point for visiting Germany, Berlin is a lively, vibrant, cultural and artistic city, home to 166 museums, 60 theaters located in the east of the country. Do not miss to visit the Reichstag , the Brandenburg Gate, the Berliner Dom, the Memorial to the Murdered Jews of Europe, Checkpoint Charlie, the Fernsehturm tower or even Museum Island. 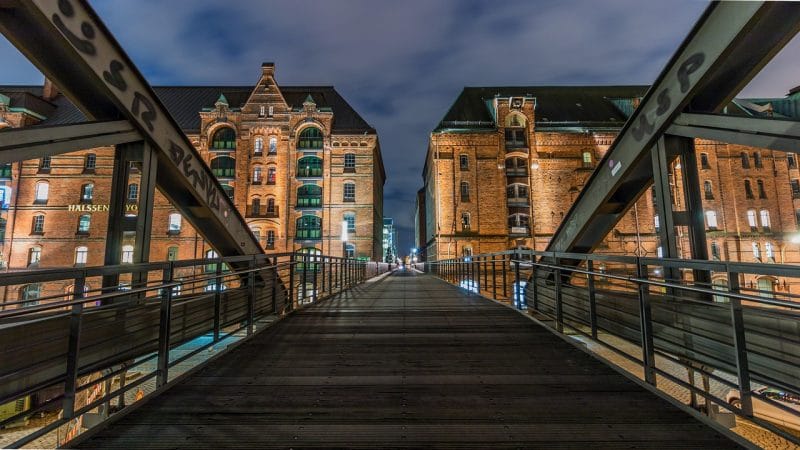 Hamburg, the country’s second largest city, is home to 1.8 million inhabitants. Former founding member of the Hanseatic League, Hamburg is akin to a very active, cultural and festive city in the north. Capital of rock in Germany, you will take beautiful walks along the Jungfernstieg promenade surrounding Lake Alster. Go to the famous Reeeperbahn for partying until dawn and to Mönckebergstrasse for shopping.

The warehouse district – Speicherstadt -, a UNESCO heritage site, is home to must-see museums. Pass by the Saint-Michel church, the largest in the city. 453 steps lead to the bell tower to see the city from above. Your urban journey is not over: visit Munich, Dresden , Cologne , Nuremberg. The Church of Our Lady and Brühl’s Terrace in Dresden, the Trial Museum and the Documentation Center in Nuremberg if you love history, Cologne Cathedral, Munich Cathedral and its breweries are unmissable. 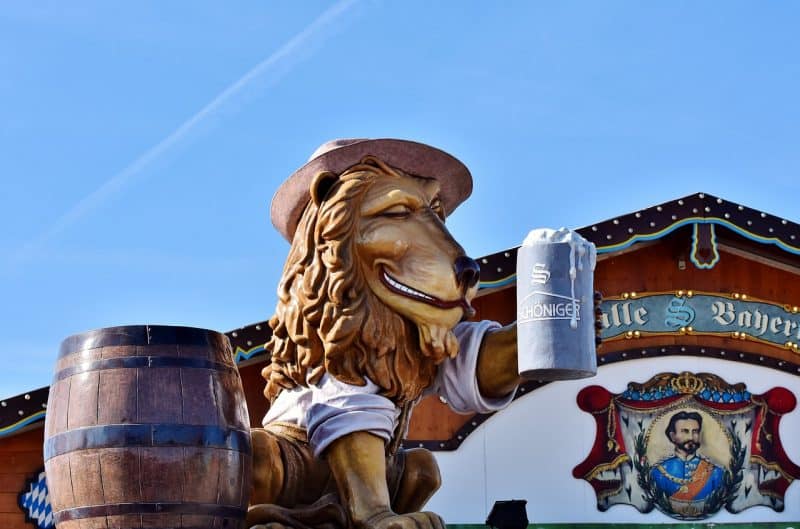 What to do in Germany? Drink beer, of course! Do you know the Paulaner? If you come to Bavaria in October, don’t miss the Oktoberfest. Ah you don’t like beer? Go there anyway for the atmosphere! The largest traditional and popular festival in the world, Oktoberfest attracts more than 6 million drinking visitors a year.

Fourteen giant tents and beer gardens await you to gulp down liter mugs of local beer while listening to traditional Bavarian music, and of course, chatting and laughing with your neighbors at the table. 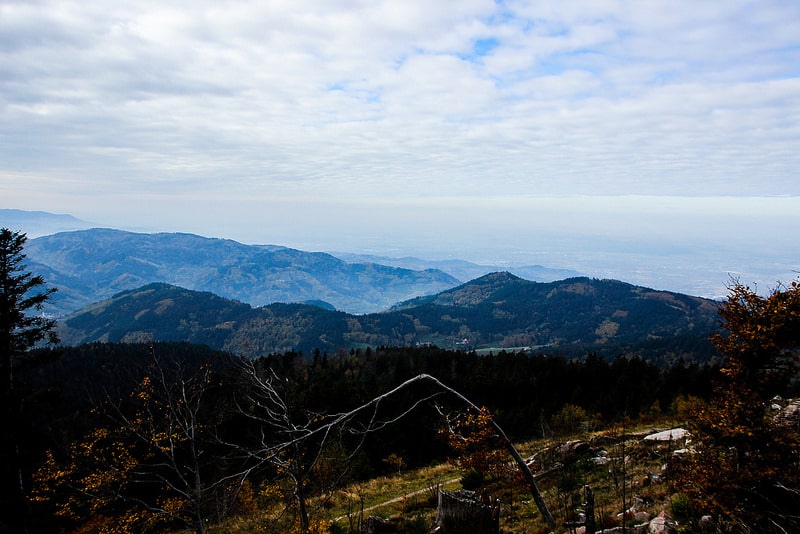 Land of hikers par excellence, the Black Forest has no less than 20 hikes, three of which are popular: the Westweg, the Mittelweg and the Ostweg. But the massif also includes 14 GR trails. Located in the southwest of the country on the border with Alsace, the Black Forest is a mountain range renowned for its dense vegetation with evergreen foliage, dotted with picturesque villages.

The massif rises to 1,493 meters above sea level and covers an area of ​​6,000 km². The Schluchtensteig trail – try to pronounce it… -, for example, is 118 kilometers long, winds through 7 canyons, and offers a panoramic view of the entire Black Forest. 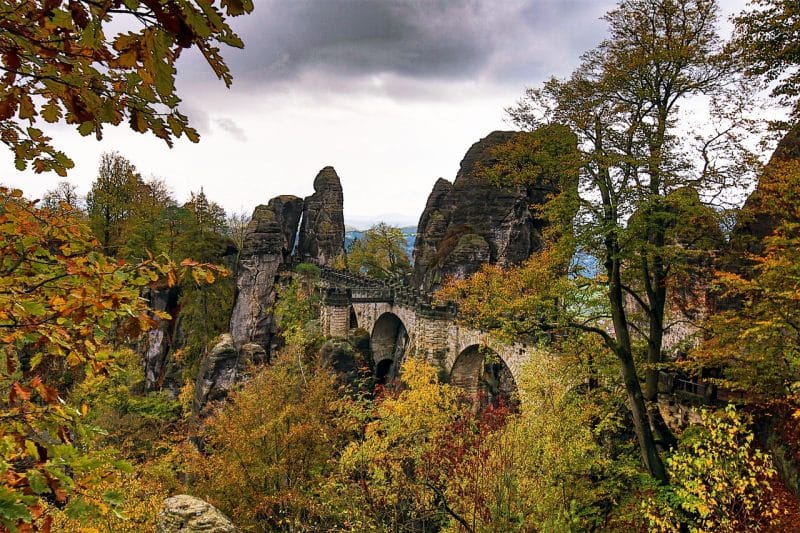 Located east of Dresden and at the Czech border, the Saxon Switzerland National Park covers an area of ​​9,350 hectares in the sandstone massif of the Elbe. Its highest point is the symbol of the park, the Lilienstein, which stands at a height of 405 meters above sea level. The park offers natural monuments, some of which date back 100 million years.

The national park is also a cradle of free climbing: the 1,106 sandstone formations in the park make it the largest outdoor climbing wall in Germany. Hikers will also have a unique panorama, taking the Malerweg (“painters’ trail”, 112 km long). 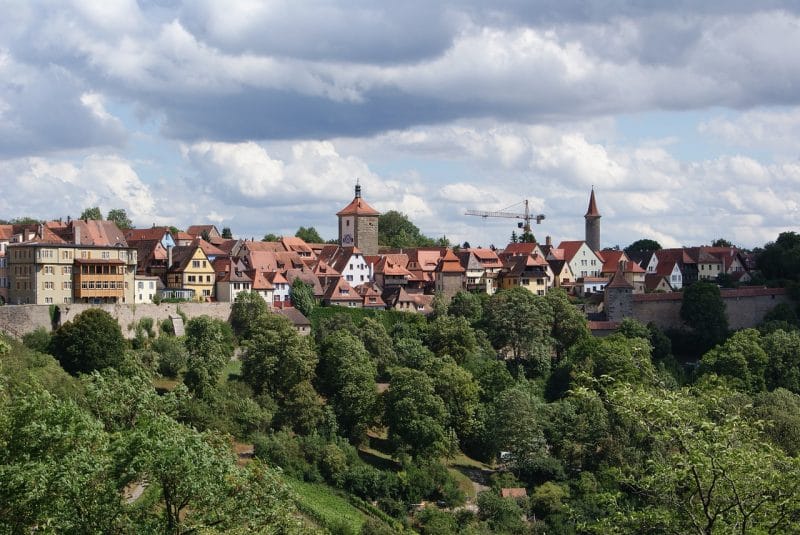 Do you want to visit Germany while exploring history? The village of Rothenburg ob der Tauber is renowned the world over for being the symbol of German romanticism. It is a medieval town in south-central Germany, west of Nuremberg, Bavaria. The city of 11,085 inhabitants has been able and has remained intact since the Renaissance and has not been modified since the Thirty Years War (1618-1648).

Its fortified enclosure dates from the 14th and 15th centuries, which in part makes it a very high place for tourism in Germany. To see: the crime museum, the legal museum, and the museum of the imperial city.

7. The old town of Augsburg 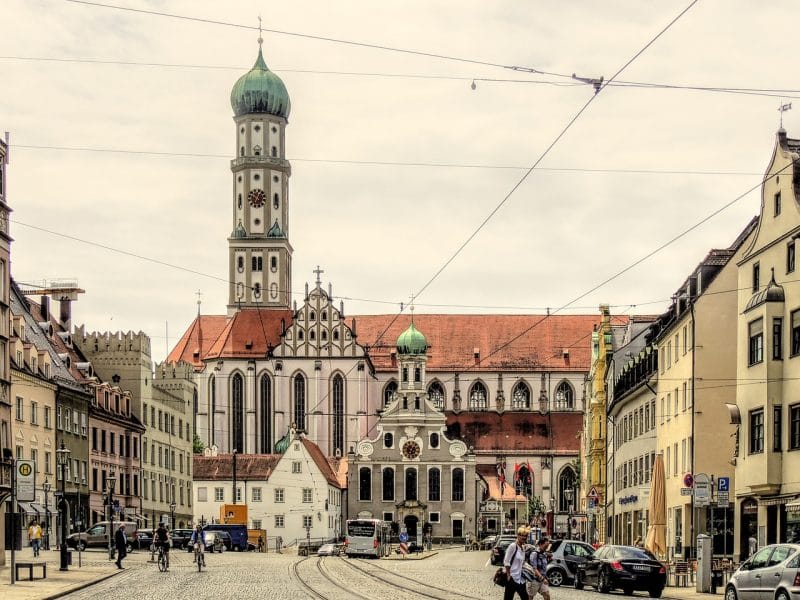 Located on the “Romantic Road”, the historic city of Augsburg is one of the oldest cities in Germany. You must visit Augsburg if you are a fan of European history. Because this city was the crossroads of the continent’s trade routes in the Middle Ages: in the 15th and 16th centuries, the city was one of the most influential in Europe.

Today’s city has 286,000 inhabitants, and its old town is home to several must-see monuments and museums: Schaezler Palace – the fountains of Maximilianstrasse, Augsburg Cathedral and the Augsburger Puppenkiste (dollhouse) museum.

8. The island of Rügen 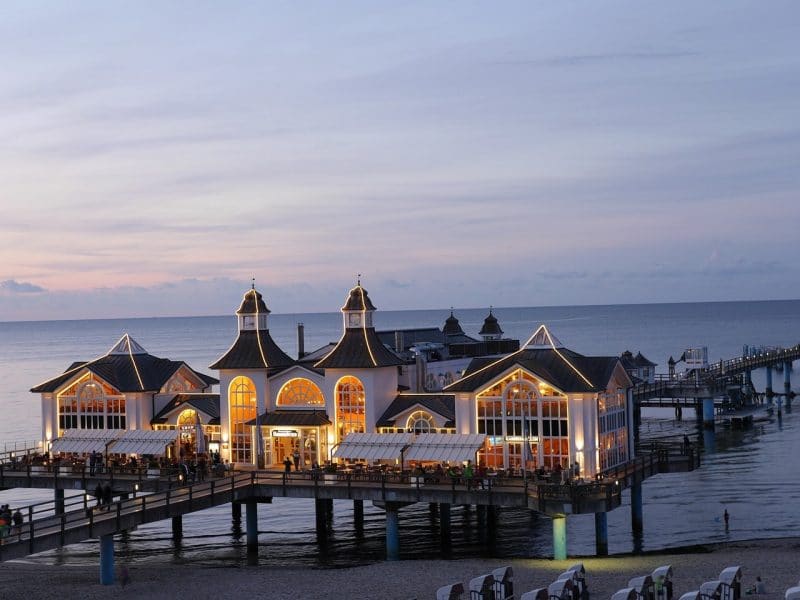 Are you coming to visit northern Germany? Don’t miss Rügen Island. The largest German island located in the north on the coast of Mecklenburg-Vorpommern, the island of Rügen is a privileged resort area for tourists – well-off – Germans.

The island measures 926 km² and is populated by 73,000 inhabitants. Do not miss hiking in Jasmund National Park, observing the chalk cliffs – Kreidefelsen -,  towering 118 meters above the sea, bays and peninsulas. 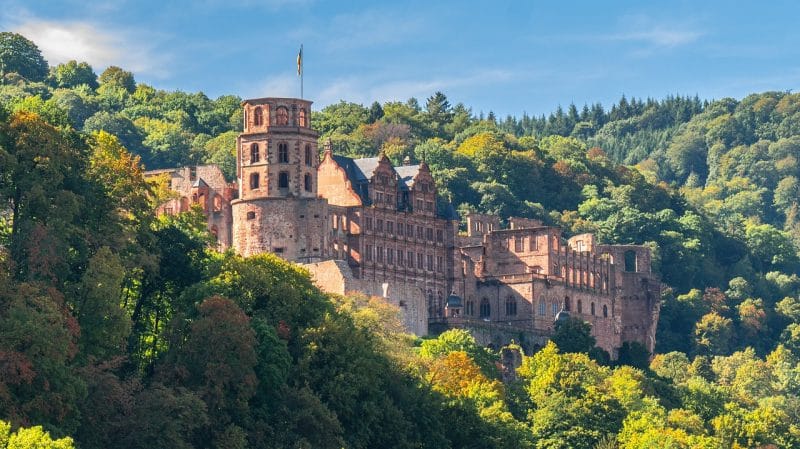 Located between Frankfurt and Karlsruhe a few kilometers from the Alsatian border, the castle of Heidelberg is a ruined castle dating from the 13th century, built between 1294 and 1303.

Formerly built to control the Neckar Valley, it is now surrounded by the city of Heidelberg. If you come to visit Heidelberg Castle, you will see the “broken tower” to the south of the site, the Grand Tonneau, dating from the 18th century, which was used to draw wine in the royal hall. 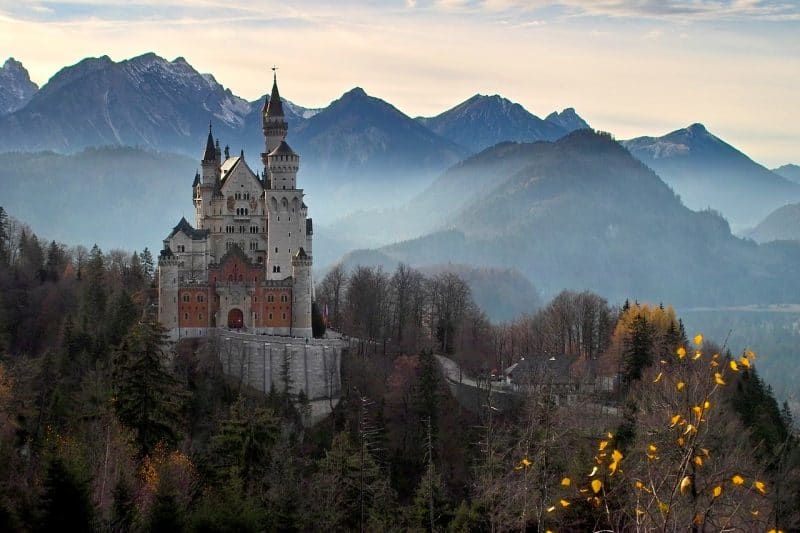 Here is yet another unmissable monument to visit Germany: Neuschwanstein Castle. Located a few kilometers from the Austrian border, on the foothills of the Alps, it is perched on a rocky outcrop 200 meters above sea level, and was built by King Ludwig II of Bavaria in the 19th century. It is a relatively new castle, but it has become the most famous in Germany, visited by more than 1.4 million people per year.

To visit the castle, you will have to pay for a guided tour, lasting 35 minutes. It is called the “fairy tale” castle so much it plunges into an extraordinary universe. The Marienbücke bridge  will offer a superb view of the castle and its rocky promontory, covered with vegetation. 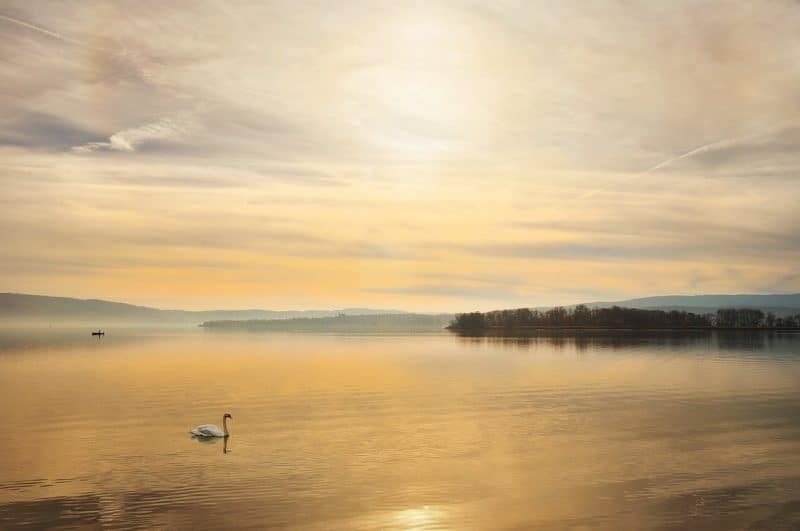 We stayed near the lake, near Bregenz in 2017: Lake Constance is a body of water located between Germany, Switzerland and Austria, on the foothills of the Alps.

Fed by the Rhine, it is 63 kilometers long and 14 kilometers wide: a vast area – 536 km² – allowing locals to come and recharge their batteries like at the sea, in the many nautical areas of the cities of the lake: Lindau, Friedrichshafen, Meersburg, Constance, Bregenz, Rorschach, etc. Bregenz, on the Austrian side, also has a beautiful green beach by the lake where you can swim in fine weather. 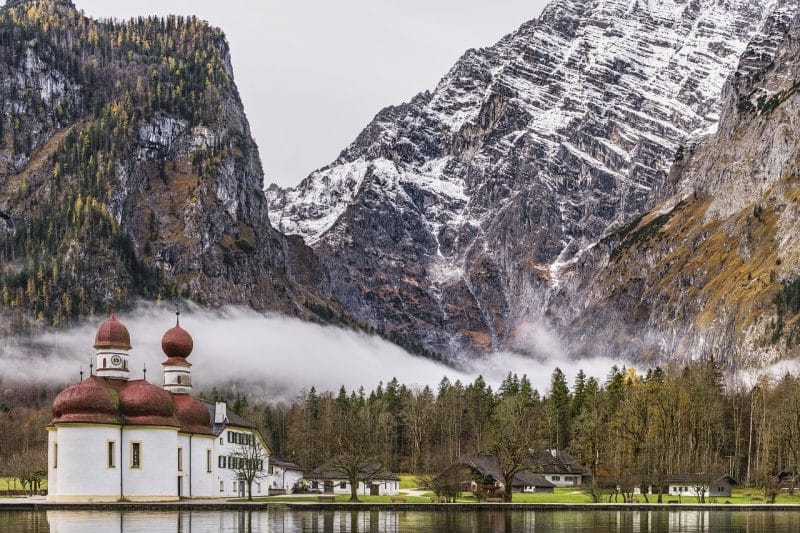 We’re leaving on the other side of the German border: are you looking for what to do in Germany? On the way to the Balkans? Don’t miss Lake Königssee, a lake embedded in the Alpine mountains. It is also a holiday resort for Germans and Austrians, not far from Salzburg . 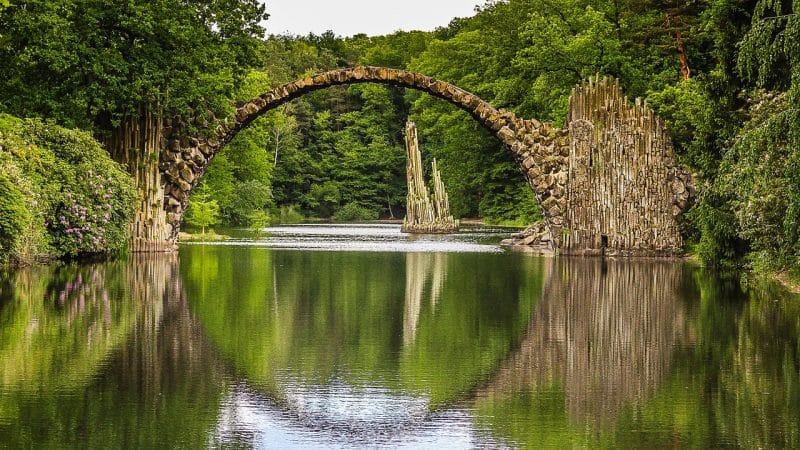 The Rakotz Bridge, also known as the Rakotzbrücke Bridge, is located in the heart of Saxony and is often referred to as the Devil’s Bridge due to its illusory effect. This arch is so perfect that the inhabitants of the time claimed that it was impossible for this bridge to be a human work, hence the legend that feeds the place: the devil himself would have built it!

Please navigate to Appearance → Widgets in your WordPress dashboard and add some widgets into the Sidebar widget area.

We use cookies on our website to give you the most relevant experience by remembering your preferences and repeat visits. By clicking “Accept All”, you consent to the use of ALL the cookies. However, you may visit "Cookie Settings" to provide a controlled consent.
Cookie SettingsAccept All
Manage consent

This website uses cookies to improve your experience while you navigate through the website. Out of these, the cookies that are categorized as necessary are stored on your browser as they are essential for the working of basic functionalities of the website. We also use third-party cookies that help us analyze and understand how you use this website. These cookies will be stored in your browser only with your consent. You also have the option to opt-out of these cookies. But opting out of some of these cookies may affect your browsing experience.
Necessary Always Enabled
Necessary cookies are absolutely essential for the website to function properly. These cookies ensure basic functionalities and security features of the website, anonymously.
Functional
Functional cookies help to perform certain functionalities like sharing the content of the website on social media platforms, collect feedbacks, and other third-party features.
Performance
Performance cookies are used to understand and analyze the key performance indexes of the website which helps in delivering a better user experience for the visitors.
Analytics
Analytical cookies are used to understand how visitors interact with the website. These cookies help provide information on metrics the number of visitors, bounce rate, traffic source, etc.
Advertisement
Advertisement cookies are used to provide visitors with relevant ads and marketing campaigns. These cookies track visitors across websites and collect information to provide customized ads.
Others
Other uncategorized cookies are those that are being analyzed and have not been classified into a category as yet.
SAVE & ACCEPT